For the exhibtion »S T R U K T U R«, Barbara Lüdde and Moshtari Hilal jointly staged a space in which they dealt with structures and surfaces in drawing and in society. In addition to individual works such as drawings and animations, the artists showed collaborative elements that experiment with the transparency of silk, foil and plexiglass and demand a desired voyeurism on the basis of transparent surfaces. With the drawn line, however, the transparency is broken, structured and encrypted again. Barbara Lüdde's drawings show situations at a standstill - figurations between mutual rejection and affection in an undefined, almost weightless space. Place and time are irrelevant here. In clothing, patterns without a meaningful context can be found next to patterns with an assigned meaning, removed from their actual context and re-contextualized. Barbara Lüdde's figures fall into lonely powerlessness, but are nonetheless – in a quiet longing for a (structural) change – on the search for meaning in their own existence. 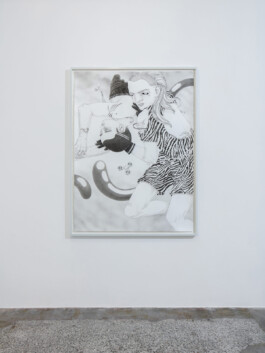 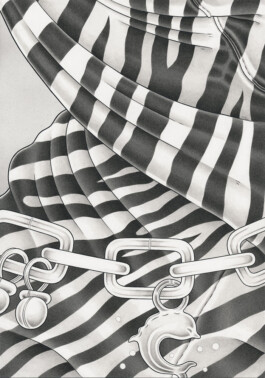 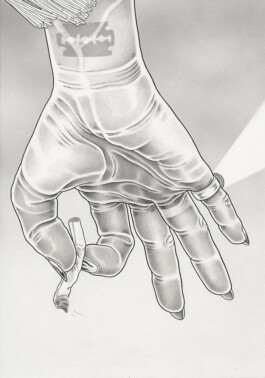 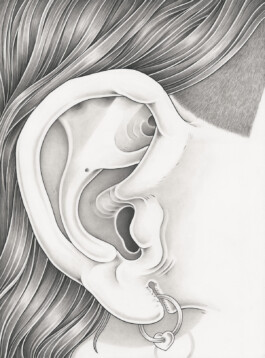 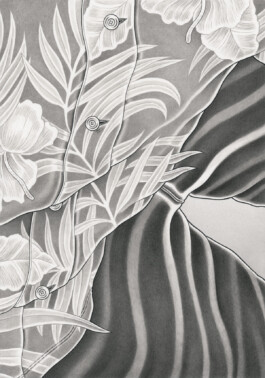 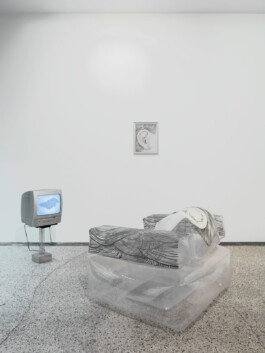 The revolution will not be televised, installation view, Moshtari Hilal and Barbara Lüdde